We went through a redundancy process at a golf club back in July 2020.

And it was all very calm.  Too calm.

There were several staff members at risk, including the club manager, and when that happens, it can be quite challenging – managers are much less inclined to play ball.

Not this time though – the manager quietly went through the process, didn’t apply for any of the new roles created, and was made redundant.

Last month we found out why the manager had gone so quietly: they’d been defrauding the club.

When members die or leave the area, they often leave money in their account at the club.

And as it turned out, the club manager and the house manager had been transferring the money from inactive accounts to an active account and using it to pay for stuff in the clubhouse – drinks, meals and other things for themselves, their friends and families.

And they’d been doing this since 2014, aided and abetted by the treasurer, who had started at the club in 2014, and resigned shortly after the manager departed.

The club and house managers had both been made redundant, and will probably escape any repercussions.

We can’t claim any money back from them and there’s probably not enough money involved for a criminal prosecution.

But the ex-treasurer is still a member of the club, although not for much longer.

The treasurer of a club is a critical role, and yet too many clubs allow it to be filled by a volunteer whose work is never checked.

If you’re in the same boat, maybe it’s time that changed? 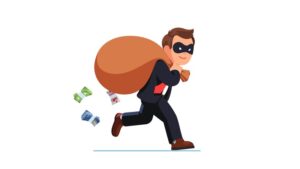