There are times in life where less is more.

For example, after you’ve said something nice like “I really enjoy your sense of humour” it’s probably best not to follow it with “…I don’t care what anyone else says about you!”.

The same goes for unpleasant conversations like firing an employee for poor performance.

One of our clients had an employee who was under 2 years’ service.

In fact, he had only been there for 4 months.

His performance wasn’t great, and demand for the company’s product had dropped off, so it was a straightforward decision to let him go.

And if an employee has been with you for less than two years, they don’t have any legal protection from unfair dismissal.

Which means that as long as they are dismissed for a reason that is not a “protected characteristic” then they have no claim against you.

All you have to do is say:

“Dave, really sorry, but it is not working out, your performance is not where we would like it to be and we have had a downturn in sales, so I am really sorry but we are giving you your notice”

Then you just pay him his week’s notice, which he would not be expected to work.

The more objective reasons you have for ending their job, the easier the conversation.

Anyway, the client sat down to talk to Dave and said all the above.

Dave picked up on the fact that his performance was not where it was meant to be and asked for more details.

Whereupon the client should really have stopped talking and told him that details would be in the termination letter.

What he instead said was:

“Well, you see Dave, you’re a bit too old really for this role. What we want is a young, energetic person who will do lots of training and have a positive attitude!”

With two little words, old and young, the client has now turned the liability from one week’s pay to an UNLIMITED claim against the company for age discrimination.

And with discrimination, you are guilty until proven innocent.

That is how quickly the winds can change.

If you are ever in this situation as a manager/business owner, then make sure you stick to the agreed script and don’t end up with a claim for £5,000, which is what Dave is now asking for!

Give us a call if you would like to talk through any unpleasant conversations you need to have, so that you stay on the safe side of the law. 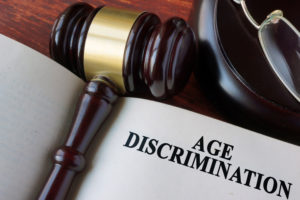