One of the golf clubs we look after received a grievance letter from a staff member recently.

It started off with the claim that he was being “harassed, bullied and victimised” under the Equality Act 2010 (Which is always fun!).

Wow, all of those things at the same time?!

But the most telling part of it is that he did not state WHICH protected characteristic he was being persecuted for.

Those of you who have been in my talks will, of course, remember that there are 9 protected characteristics:

Now given that this employee is a white male, we are rapidly running out of protected characteristics he could claim under.

Even worse for him is that he then claims that all the team are being treated equally badly.

So he’s not being picked on after all!

FYI, anyone who claims discrimination under the Equality Act 2010 without naming the protected characteristic is probably NOT being discriminated against.

In this case, he just disliked actually being managed for a change! 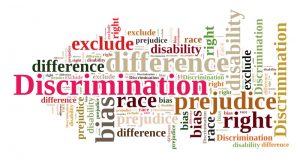