Sean Trussell, General Manager of Barton on Sea Golf Club, commented; “I was disappointed that the HR firm we were outsourcing to at the time were a bit non-committal whenever it came to a firm decision needing to be made,” he said. “As far as I was concerned one of the main reasons we were employing them was for their ability to make a decision on an HR matter.

“In order to improve our HR output I called Carolyne and we went with the services of Golf HR instead. I’d seen Carolyn do a presentation at a GCMA meeting and had been impressed enough to remember her.”

Sitting at the top of cliffs in the market town of New Milton in South West Hampshire, Barton on Sea Golf Club boasts a membership of around 1000. A total of 35 staff is employed by the club; five in the office, 21 catering and nine of them green keepers. The reason for the large number of keepers is in keeping with the size of the green – Barton on Sea is a 27 hole golf course. 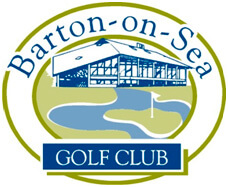 Initially, Golf HR provided their expertise to the club when it came to ensuring the employee contracts were up to date and inclusive of current legislation. They also provided an upgrade for the Club’s Handbook.

On taking over the HR reins at Barton on Sea Golf Club, Carolyne and her colleagues also inherited an ongoing pending misconduct case. They provided advice and support (as well as decisions) and the whole issue resulted in, what Sean described as “a satisfactory conclusion.”

Sean said he was also impressed by the fact a member of the Golf HR team contacted him with advice to choose a less expensive HR package. He said: “She advised me that I didn’t need to be on the higher rate package since it was clear I wasn’t using services I had signed up for. I really liked her honesty.”

There is one thing that is worrying Sean about using Golf HR, however.  “I’ve heard they’re getting pretty big now,” he said. “That’s great for their business but I just hope they’ll continue to provide the bespoke, friendly service and attention to detail that they do at present. There’s no denying, it was one of the things that so appealed to me when I first considered taking the team onto the club’s books.”