“It’s all about trust and knowing that the advice you’re being given is the best there is out there. In that respect, there is no risk whatsoever either to the club or my own reputation as a Golf Club manager. And, believe me, in this day and age that’s very nice to know.”
Since Jerry Kilby became the top man at Bramley Golf Club six months ago there’s been something of a revolution – certainly in terms of the running of the small team who help keep the club nicely ticking over. 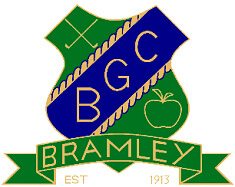 “We didn’t have relevant employee contracts at all when I first arrived,” he said. “And the ones we did have were woefully out of date. This worried me right from the start. I felt it was crucial that, as a club, we were completely covered legally in this regard.”
Indeed the employee contracts for the staff at Bramley were the first item that Jerry asked the Golf HR team to take a look at. After that there was plenty of ongoing work at the nine hole golf course in Kent to keep the Golf HR team busy.
Sitting just minutes away from Bramley town centre in south London, the remodelled nine hole golf club – three of which are PGA standard – is popular year round. With such a short course Bramley Golf Club is often regarded as a beginner’s venue but that’s not the case according to staff. The Club is a member of the UK Golf Course Owners Association (UKGCOA), of which Jerry is executive director.
He said: “As a small’ish club we really couldn’t justify employing an HR specialist inhouse. When we had HR-related issue we’d often consult one of our committee members who had previous experience of working in an HR-related environment. Unfortunately, because he no longer worked in that particular role, the knowledge wasn’t always up-to-date.
“In addition I wanted to be able to pick up the phone and call someone when I needed to. I didn’t necessarily feel I could do that with a club member who was giving me advice free of charge, and in his own time. Also, for my own peace of mind, I needed to know the club was completely covered should there be any kind of comeback.”
Jerry says he considers the annual fee he pays to Golf HR for their services “an extremely good deal” for the club.
“It’s all about trust and knowing that the advice you’re being given is the best there is out there,” he said. “In that respect, there is no risk whatsoever either to the club or my own reputation as a Golf Club manager. And, believe me, in this day and age, that’s very nice to know.”
Despite only having worked with Carolyne and the Golf HR team for a few weeks Jerry is confident the arrangement will be a long-term one.
“I’m really delighted with the service I’ve been receiving so far,” he said. “I’d even go so far as to say at this point that it is pretty much all I could want in an outsourced HR service.”