When Neil Newman, the Club Manager at Bristol and Clifton Golf Club, began discussions with the club’s greenkeepers about annualising their contracts he hit a snag.

“Looking into our contract situation here it was patchy at best. There weren’t complete records and people had come up through the ranks and not been recognised with new contracts, so it was a bit hit and miss. Although there were templates provided they weren’t being used.”

Neil had been at Bristol and Clifton for about 18 months and having worked with Golf HR at a previous club knew just who to call to get the contracts looked at and rewritten from scratch. Carolyne and her team came onboard and set about writing and updating them.

Every employee now knows what is expected of them and what they will receive in return. The problem was resolved quickly and efficiently and the process of annualising the greenkeepers’ contracts ran smoothly.

“There have been one or two issues where I have sought advice but ultimately there’s nothing that’s been a real challenge. What is great is just knowing someone is there at the end of the email or phone if there’s a question to ask or if something doesn’t seem right, so I can get the advice I need to carry out the next steps.” 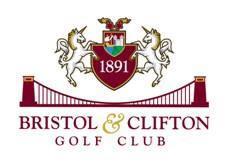 One of the trickiest HR problems that Neil has come across occurred at a previous club he worked at. A major issue flared up that could’ve had serious consequences if not handled correctly.

“There was a thorny issue with an employee who was the personal license holder. He was caught drunk driving and therefore put his own license at risk and that of the golf club to sell alcohol.”

Neil got in touch with Golf HR to help navigate the situation. And while he wanted to implement their suggestions he didn’t have the support of a senior board member.

Ultimately Golf HR’s recommendations were implemented. The outcome of this was that the license holder was suspended and subsequently left the club permanently, without incident or further repercussions.

Then as now, Neil is glad there is a team of qualified and experienced HR professionals who have his back.