Taking over the role of general manager at Cardiff Golf Club only five months ago, resulted in quite a bit of added responsibility for professional golfer Adam Constable. It also meant he had to give a lot more focus to HR issues – and which is where the Golf HR team proved invaluable.

“I had been in charge of the Pro Shop before being appointed to my present role and in fact, I’ve still got the shop to look after,” said Adam. “But added to that is many new challenges, for which I seem to need a whole new skill set. Certainly, I’m dealing with a lot more staff now than I ever did in the shop.” 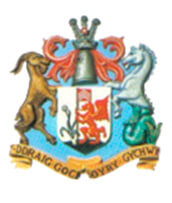 In fact, Adam now manages up to 20 staff, at the same time as having to be responsive to the club’s 804 members. The first task he asked the Golf HR team to carry out was the updating of the club’s employment contracts in order to bring them up to date with current legislation.

“We needed a lot done on them,” admitted Adam. “So that took a bit of time. A bigger project still was getting the club handbook to a professional and contemporary standard. I can now say, hand on heart, that it’s very comprehensive.

“I haven’t had to phone Carolyne about any staffing issues within the five months since taking over. If I do though, at least I know exactly where to turn.”

Cardiff Golf Course, with its narrow fairways and mature trees, sits in the north of the city. Formed in 1922, the club is today regarded as the Welsh capital’s top golfing venue. Over the years, the 18-hole parkland course, has produced a five times Welsh Amateur Champion and hosted the Welsh Professional Championship on various occasions.

Adam – who is well-known throughout the club having been a member of Cardiff Golf Club since he was a boy of 13 – actually inherited the Golf HR team from the club’s previous general manager who, in turn, had hired the HR experts 13 months earlier. Since then Adam admits he has received approaches from other agencies, but he says he hasn’t been interested in following any of them up.

“I’ve no reason to consider other providers,” he said. “Unless, that is, they were considerably less expensive and then I’d be obliged to look into it. But right now I’m very happy with the service I’ve received from Golf HR. I know what we’re paying for and exactly what we can expect to get for that.

“There are solicitors who are currently members of the golf club and certainly I could ask their advice if I needed it, but I wouldn’t get same quick response I get from Carolyne and the team. I’m still finding my feet in this new role so it’s really important for me to know that the support is there whenever I need it.”