What’s a Golf Manager to do? Dealing with Employee False Claims

Disciplinary procedures are one of the most difficult things to get right, because there are multiple issues that arise if not handled delicately. This challenging situation can be made even more taxing if the person being disciplined starts making wild claims. For example, if an employee says they have some kind of disability once an employer begins a disciplinary procedure.

When that happened to golf club manager James Short at his previous club, he knew he needed professional HR help. 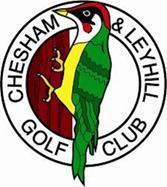 “The greenkeeper claimed to have mental illnesses after we put him on suspension for jumping off a tractor while it was still going along.” The claim took James completely by surprise. Even though he suspected the employee wasn’t telling the truth, he knew he had to tread carefully.

“There’s a temptation to deal with it in a way that you shouldn’t, but you have to bite your lip and seek advice. So, I kept quiet and waited for advice.”

And in this situation that advice came from Carolyne Wahlen and Golf HR.

“We spent a long time with Carolyne working out whether he did have a mental illness or not, which involved speaking to doctors. She did all the work involved with that. She told us when to write letters, what to do and when to bring him in for meetings and what to do in the meetings.

“Eventually, the doctors told us he was completely healthy and so we could proceed down the route of dealing with someone who didn’t have mental health issues. We sorted it out, in the end, reasonably amicably.”

Seeing how well Carolyne handled such a complicated and sensitive HR issue, James brought Golf HR with him when he took up a new position at a Golf Club.

As well as rewriting and updating employment contracts at his new club, she provided advice and guidance when a couple of staff members had to be made redundant.

As a golf club manager James would not be without Golf HR’s support, which he values immensely. “It’s peace of mind not having to worry about legislation changes. If I have a problem I can phone them and they’ll tell me what to do.”