“I had been discussing with another golfing colleague at a manager’s conference how one of the greenkeepers had been complaining about the condition,” said Neil. “But this other manager didn’t have much knowledge or experience of vibration white finger either. He suggested that in order to keep myself right I contact Carolyne and the team for advice on how to handle the matter.

“I must admit, I’ve been in golf since 2005 and although this isn’t the first staff problem I’ve ever had to deal with, it’s certainly the only one 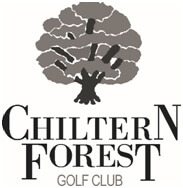 which involved Health and Safety legislation. I knew the greenkeepers were already using the equipment in a safe manner; the suggestion of vibration white finger came as a real surprise. It’s not something that’s come up very often in golfing circles either. I’d found one article referencing it on the front of BIGGA, the Greenkeeper’s Association magazine, but that was about it.

As well as being concerned for the individual in question, Neil was also conscious of the possibility of litigation against the club – especially since the subject of compensation had already been vouched by the employee.

Added Neil: “Carolyne advised me on the exact steps to take, in order to ensure that we were compliant with current HR legislation. This involved bringing in Occupational Health and sending out doctor’s letters, as well as re-assessing the affected greenkeeper’s duties so that any future tasks I assigned him wouldn’t exacerbate the condition. In other words, I was determined to do the right thing by him and in doing so keep the club on the side of current HR legislation.”

Chiltern Forest Golf Club sits in undulating parkland on the edge of the impressive Chiltern Hills in rural Buckinghamshire. The 18 hole course is adjacent to Aston Hill and boasts stunning views across the Vale of Aylesbury. It was formed in 1993 (although an earlier course existed from around 1914 at Aston Hill).

In addition to helping Neil with the vibration white finger incident – which remains ongoing at this moment in time – Golf HR helped bring the club’s employee contracts up to date, as well as the members’ handbook. At the moment, there are nine employees and 475 members at the club.

“I’m really impressed by the service I’ve had from Carolyne to date,” Neil said. “She has a great team there, they respond very quickly whenever I’ve emailed for advice and there’s always someone who can help more or less immediately if needs be.”