Francis Fensom, at Cleveland Golf Club had thought that his knowledge of employment contracts and rules and regulations governing HR was reasonably up-to-date. 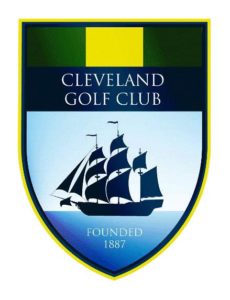 “Well, I thought it was quite plain sailing because I did try to keep up to date after I finished working for companies.”

But a little shock to the system was coming.

“It wasn’t until I met Carolyne that I realised how much I’d forgotten or didn’t know. She attended one of our Golf Club Managers’ Association meetings in the Northern Region and put on one of her specialist quizzes. That’s where I found out I was a bit lacking. I probably had a bit more knowledge than others, but I was certainly lacking in some areas.”

Fortunately, for Cleveland Golf Club no major staff issues had surfaced but nonetheless Francis decided to engage Carolyne Wahlen and her team. They overhauled the handbook and the contracts for their full-time, part-time and casual staff.

Golf HR has helped in other ways too.

“They make life a lot easier especially when I go to management meetings. That’s because Carolyne always sends information at least once a week with for instance examples where some incident has happened somewhere. She describes where things went wrong.

“I bring them up at meetings and discuss them because they show that if we don’t follow procedures we might leave ourselves exposed and get into deep problems.”

Golf HR has not only sorted out Cleveland Golf Club’s contracts and handbook but they’re also boosting Francis’s HR knowledge and awareness.

“At the beginning of September, I attended another one of Carolyne’s presentations. Again, she did a quiz and guess who won all the sweeties? I had a big pile of them and others didn’t have any. There were a couple of questions I didn’t get quite right but probably I was correct 95% of the time.

‘I had a little team of four and as soon as Carolyne asked a question or showed a picture they all looked along the line at me. This shows just how much I’ve learned from her.”