When a small staff issue came to the fore at Dyke Golf Club they approached the NGCAA and were told by them that their contracts weren’t watertight. So Martin Yeates, the Club’s Secretary decided that something must be done right away. He approached Golf HR to give the contracts an overhaul. 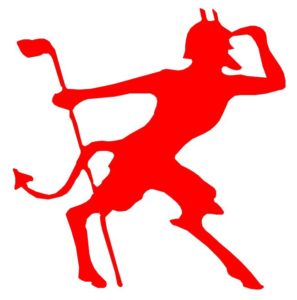 “We knew we had to do something. I decided we needed to make our contracts watertight. Before working with Golf HR the staff handbook was 30 pages and we deemed it adequate. It’s now 109 pages and completely adequate and compliant.”

Dyke Golf Club has now been with Golf HR for approximately six months and in that time no major issues have flared up. However, there was a problem with the greenkeepers which Carolyne and her team were able to help with.

“The contracts needed a few tweaks here and there but the greenkeeping department felt they knew more than Golf HR and were holding off signing them because they didn’t feel comfortable with them.”

Martin didn’t want to get into a battle with his greenkeepers and so approached Golf HR for their advice.

“Only one of the six greenkeepers returned the contracts and so Golf HR said we should write to them with the advice that if they don’t sign by a certain date this will be seen as accepting the contract because they are happy to work under these conditions.”

The letter also explained that if they had any problems they could be raised with their line manager. Nothing was brought up and so the matter was resolved amicably.

With a professional HR team at the other end of the phone or email Martin knows just who to turn to if additional problems appear on the horizon.

“I know that if I have any issues regarding HR or contracts I can just get in touch with Golf HR and they’ll handle them. I can get on with other things as it has freed up a lot of time. If we have any contract issues in the future I am confident that ours are watertight and cover all bases. I am impressed with the service and having Golf HR there is helping me out big time.”