“Golf HR contacted me out of the blue and suggested I didn’t need the current HR package I was paying for and that I’d save money by going down a level. Now that’s a form of honesty you definitely don’t hear about every day.”
What really impressed High Post Golf Club General Manager Peter Hickling most about using Golf HR’s services was being informed by the team – in no uncertain terms – that he was paying them too much money. 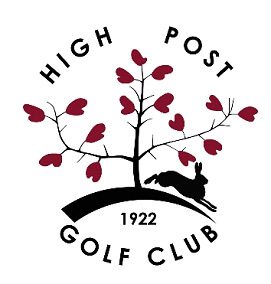 When was the last time a company pro-actively contacted you and offered you a less expensive service?”  Peter duly obliged and reduced his monthly payment to Golf HR. However, typically, several months down the line, the club – which sits at Great Durnford near Salisbury – did require HR support on a more intensive basis. At this point they were migrated back up to a higher level package, at no extra cost.

The particular crisis involved having to find a new Pro which, in turn, meant migrating two assistants from TUPE onto High Post’s payroll – not something Peter had dealt with before in his 15 years working full-time in the golf industry.
“It was a complicated scenario and we really needed to speak to someone who knew what they were talking about,” he said. “I was delighted that all I had to do was pick up the phone, dial Sarah and the team’s number and there would be an expert waiting to give me professional advice on the other end of the line. Really, it’s all a peace of mind issue as far as I’m concerned.

“I did want an HR person when I first started at High Post but we couldn’t afford it. Until outsourcing that part of our business to Golf HR two years ago we relied on the advice of one of our directors who was a former HR man together with help from the Golf Club Managers Association. It was getting to the stage though where, by his own admission, the director was struggling to keep up with the latest changes in the industry.”

The Club, in the beautiful Wiltshire Countryside, boasts a 6,305 yard, 18-hole course with 72 bunkers. One of its biggest claims to fame is the fact it’s par-4 ninth was announced as a contender in professional golfer Peter Alliss’s 18 dream holes.

Meanwhile, Peter said he had also become “increasingly concerned” that the employee contracts and the Club Handbook for hadn’t been reviewed and updated for a number of years. This was the initial reason he decided to sign up Golf HR two years ago after watching a “very professional” presentation by Carolyne.
He added: “What can I say? I’m absolutely delighted with the service I’ve been receiving from the team. Not only is the advice first class and the response incredibly quick, but the company are also very pro-active too. They took the lead when it came to reducing my subscription to them and for which I give them a massive amount of credit. They genuinely seem to care about their clients. Who wouldn’t want that?”