“Carolyne just came in and managed the situation straight off. Letters were sent to the solicitor and hey presto, on the strength of these, the dispute was settled. In fact, it was resolved brilliantly for the club.”
A disciplinary action was resolved in Holywood’s Golf Course’s favour when Golf HR stepped in to help out general manager Paul Gray with trouble over an ongoing issue concerning a long-standing member of staff. 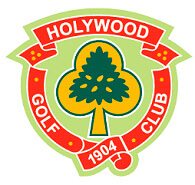 A disciplinary action had already begun and it was only when a few carefully-worded legal letters were sent that the matter finally reached a conclusion.
“Carolyne just came in and managed the situation straight off,” said Paul. “She worded a letter or two for us, these were sent to the solicitor and hey presto, on the strength of these letters the dispute was settled. In fact, it was resolved brilliantly for the club.”
Holywood, which sits near Carnalea, seven miles from Belfast, boasts stunning views of Belfast Lough and the Antrim Coast. It is believed to be Ireland’s oldest golf club, having formerly been The Belfast Club, which was established back in 1881. Its most famous member is world star golfer Rory McIlroy. The course is 18 holes of undulating parkland.
In the past Holywood referred HR issues to a local solicitor’s firm when necessary and took advice from the committee. However, the latter didn’t always work out favourably.
“There were times when a committee member had spoken out of turn and which ended up costing the club quite a bit of money,” said Paul. “It was getting to the stage where we badly needed to address these things the right way, with professional help. Certainly, as far as our employees are concerned, everything has to be carried out professionally – both for their sake and ours.”
Holywood has signed up to use Golf HR’s services for a 12 month period. So far they have been receiving advice and support since July this year.
“This is the type of business that comes in peaks and troughs,” said Paul. “And for that reason outsourcing to a company such as Golf HR makes perfect sense for us. Certainly, we don’t have enough work to justify having a full-time HR person on board full time.”
As well as helping out with the disciplinary team Golf HR also helped Holywood bring their existing contracts up to date with current employment law. Some of the contracts with the club’s green keepers in particular were especially in need of reform regards hours of work and holiday entitlement.
“What I really like about the service Carolyne and the team deliver is the fact that I always get a response pretty quickly. When I have an issue or something I’m getting increasingly concerned about, hey make sure I don’t have a lot of time to worry about it. That’s incredibly reassuring, as I’m sure you can imagine.”
Like many of his colleagues in the golf club managing sector, Paul became familiar with the name Golf HR and Carolyne in particular via a conference where he witnessed her make a presentation. In his case it was at Stoke Park in Buckinghamshire earlier this year.
“It was obvious she knew her stuff,” he added.
Paul Gray
General Manager