“We needed to get the contracts fixed to ensure the club was legally correct, but it also means our staff are better protected and that they have recourse if they want to question anything about their working practices and hours etc.”
As the former manager of a large nursing home, Secretary of Lincolnshire-based Kenwick Park Golf Club Karen Archer was familiar with HR and Health and Safety issues. However, translating those skills and experience to the world of golf wasn’t quite as straightforward as one would imagine. 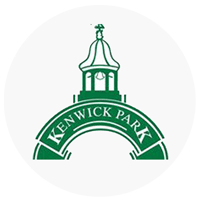 “It’s very different,” said Karen. “And, having only started at Kenwick Park in February this year I’m new and really still learning my role. I’m just at the stage where I’m beginning to update the contracts, review the Club Handbook and take a look at what other legal regulations require reassessing.
“Managing a large nursing home with 75 staff, meant every day was incredibly busy for me. Here, with just eight members of staff, it’s more relaxed. Having said that, running a golf club, albeit a relatively small one, is still very much a learning curve as far as I’m concerned and it’s all only now beginning to all slow down for me.
“That’s why the knowledge that Carolyne and the team are just on the other end of the phone whenever I need them, is so reassuring for me – as I’m sure you can imagine.”
Located in Louth in the Lincolnshire Wolds (officially an Area of Outstanding Natural Beauty), Kenwick is a friendly and popular club. The Clubhouse is a stunning 19th century former coach house and stables which has been stamped with a Grade II listing. It was completely refurbished seven years ago.
Happily for her, Karen hasn’t had to deal with any potentially troubling staff issues since starting at Kenwick Park and she doesn’t anticipate any in the near future either, thanks to the ‘cosiness’ of having a small team.
Karen met Carolyne a record three days after taking up her post at the helm of Kenwick Park. She had been advised to outsource the club’s HR services by one of the club’s directors who had felt it was an area the club had always been lacking in.
“After personally reviewing the Club Handbook and the staff contracts I’d inherited, it was clear there were a few bits and pieces that we were out of date on, such as holiday entitlement and hours,” she said.
“Of course we needed to get those fixed to ensure the club was legally correct, but it also means that our staff is better protected and that they have recourse if they want to question anything about their working practices and hours etc.”
In terms of Health and Safety Karen says she has gone from ensuring that doorways are wide enough to admit wheelchairs and floors aren’t too slippery lest any residents fall, to whether or not the buggies’ instructions are clear and the course green doesn’t contain any obstacles a golfer could potentially stumble on.
“What can I say? It’s all a new minefield,” she said. “But it’s one I’m very much enjoying getting used to.”
Karen Archer
Club Secretary