Nigel Davey, the Chairman of Preston Golf Club took charge of an internal investigation after a former bar manager raised several grievances against the Club Manager.

Nigel was puzzled by the situation because there seemed to be no logic behind the grievances. One related to a junior member of staff who occasionally parked around the side of the club building when she should’ve been parking in the main car park. The bar manager reported it and consequently, the club manager spoke to the person concerned requesting she park in the normal place along with everyone else. About two weeks later she parked in the wrong place again to which the bar manager concluded that the club was condoning bullying in the workplace for allowing it to happen.

“There were 16 individual items as grievances. She claimed the club manager never did anything about them yet there were written copies of emails and texts he received and his responses to each and every one of them telling her what to do. When we investigated there was no substance to any of the grievances.

Initially, the bar manager raised her grievances informally. The club went through each one and made some changes. Consequently, Nigel thought the matter had been resolved. “Things were okay for about six months and then suddenly she came back with all the same grievances but this time formally and she went off work claiming work-related stress. That’s when we took some guidance.”

Nigel spoke to ACAS and also got in touch with Golf HR. “Golf HR guided us every step of the way. They were absolutely magnificent. They responded with the action they wanted us to take and it was a weight off my mind to know that somebody was guiding us.” 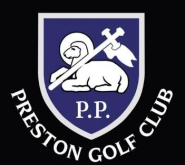 The result was that the bar manager was dismissed in September 2017. However, this wasn’t the end of the matter. She claimed she was sacked for making a public interest disclosure over what she felt was a health and safety issue. She had seen on camera that a female member of staff was cashing up while her little girl wandered behind the bar. There was nobody else in the bar except her partner, the girl’s father.

“It never was a health and safety issue. We agreed to pay her some money only on the basis that it was cheaper than going to arbitration. “It came hard to us because we had done nothing wrong but at certain times common sense prevails.”

“We hope that nothing else like this happens but with this agreement if anything comes up we pass it to them and they guide us on it. It’s like an insurance policy that we may never use again but it’s good to have it there.”