“It’s a really good feeling to know that the club’s employee contracts are up to date, as well as the staff handbook, and that I can access the most relevant HR advice possible whenever I need it.”

On hearing Carolyne make a presentation at a major Golfing event two years ago, Secretary Bob Towell made a beeline for her.  “She came across very well in her talk and really opened my eyes to one or two issues that I’d long suspected could potentially cause difficulties in the future. The contracts badly needed updating, for instance.

“They hadn’t really been gone through since a Greenkeeper was taken on back in 2004. That was the last time one had been issued. As you 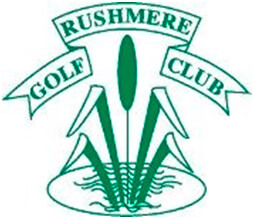 can imagine, once we took a look, there were quite a few things that needed to be altered: the whole ban on smoking indoors issue, for starters.”

A natural golf course sitting just outside the city of Ipswich, Rushmere Heath Golf Club was formed in 1927. With the course comprising more than 6,200 yards of Heath, many of the 18 holes are near gorse and trees.

Bob called Golf HR after an incident in the summer of last year. It involved a member of staff who was working in the club bar at the time and resulted in a loss of trust on the club’s side.

“Carolyne and the team guided me through,” he said. “They advised me on the steps I had to take in order to resolve the issue. This did indeed happen when the staff member left and there was no comeback whatsoever. It was all handled quickly and efficiently in-house.”

Bob said probably his next step as far as Golf HR was concerned is to call in the team to help him out with staff appraisals.

“We do have an existing appraisals sheet but it’s not particularly eye-opening or challenging, to the extent it all feels like a bit of a useless exercise,”

“The service we have been receiving from Golf HR really has been very good,” he said. “Most of our communication is by email, simply because I work on my own – it’s just me running the club – and it’s often too time-consuming to pick up the phone.

“They always email back very quickly, certainly, I know there wouldn’t be any problem in contacting them over any particular issue”.