When HR Issues Start Piling Up

The second issue was one that had been lingering for a while, but hadn’t been satisfactorily tackled.

“We have one employee who’s got a particular medical condition and we’ve needed to manage that quite carefully because it was bordering on a disability.  We needed to be sure we were taking the right steps to look after the employee and the business.”

There are lots of issues around illness and disability and employers need to know where they stand to avoid breaking the law.  Additionally, they have to be sensitive to the individual while also safeguarding the business. 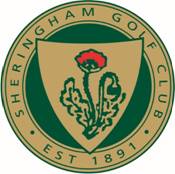 Absenteeism is a huge challenge, particularly when resources are finite.  “This particular issue was something that had been bubbling away but had not really been properly acknowledged, managed or dealt with.  But since Carolyne has come on board we’ve introduced self-certification, absent interviewing and so on as general wide measures.”

While these two issues came with their own particular set of challenges, Neal contends that by far the trickiest and lengthiest situation Golf HR helped resolve was regarding the employment handbook and staff contracts.

“The process of doing that was very much two-way.  It wasn’t just here are your employment handbook and contracts, there was a process of amendments and questioning from me and a process of pointing in the right direction from Golf HR.  It was quite a big job even though we only have about 20 employees.

With Golf HR’s help, Neal has managed to keep on top of a raft of HR issues that were in his in-tray, resolving them without problems.  The impact this has had on his ability to do his busy job has been enormous.

“The job of a general manager in a small business like this is quite a lonely position because you are the person who is in control, but you don’t necessarily have a huge amount of resources.  Therefore, it’s very difficult to be up to speed on the latest things in human resources, health and safety and so on.

“The way a company like Golf HR works is that they are our own personnel or HR department.  They are available almost immediately, if not then within an hour or two and they work with you as though they are part of your team.  To be honest, in recent months I’d have been lost without them.”