Despite only being in post as Manager of West Herts Golf Club for 18 months, the Golf HR team has already provided Jonathan Kaltner, with the reassurance necessary to deal with two gross misconduct cases.

“I had handled issues like this before but it was nice to know that with Golf HR’s advice I was dotting the I’s and crossing the T’s. In other words, that it was all being done properly with no possible come back for the club,” he said.

Before moving to the club Jonathan had previously worked with large national course operator Crown Golf who owned 26 golf courses. There 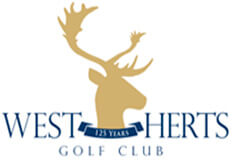 he had access to the club’s HR team, based at head office.

“To be honest there’s not much difference between the service I got then and I do with Golf HR,” he said. “What I mean is that I can still pick up the phone to Carolyne and ask questions whenever I need professional advice.”

He added that the help and advice he received from Golf HR was invaluable when it came to the aforementioned gross misconduct issues.

“Golf HR took me through everything concerning the procedure of gross misconduct,” said Jonathan. “That included taking the time to explain such matters as the differences between misconduct and gross misconduct. It was a real investigation of the process for me. When it came to the paperwork Carolyne also ensured that the club provided all the important points in our statement.

“She may not have been present at the actual disciplinary hearing itself but she certainly made sure I was in an excellent position when it came to the investigatory meetings. She also ensured the letters that needed to go out were formulated correctly. Importantly, Carolyne gave me confidence needed to deal effectively with the matter.

“At the end of the day the club and the employees in question came to an agreement, resulting in a financial settlement. I felt it was the right decision to make. We could have dug our heels in and refused to provide any financial compensation but it was a satisfactory conclusion in the sense that those staff members, one of whom had worked at the club for more than 20 years, had to leave. This allowed the management team the space they needed to get on with the smooth running of the club.”