And while it was less dramatic than it sounds, it was still awful.

We were walking along the towpath when we bumped into an old friend.

I stopped to chat, but Comet didn’t fancy a chinwag, commencing his normal bouncing and barking that makes it clear that he doesn’t appreciate the delay.

Bouncing and barking that was followed very quickly by a splash as he fell into the cold, fast-flowing water.

If he could swim, it would have been funny.

But he’s a paddling specialist, so it really wasn’t.

Luckily I spotted a ladder into the river a couple of metres away, so I descended into the icy depths up to the thighs, called for him, and he managed to splash his way over, near enough for us to go to paw to hand.

At this point I began cursing my skipped gym sessions, since dragging a drenched 12kg dog out of a fast-flowing river with one hand, while pulling my own body weight out of the water is no mean feat.

Thankfully my friend was on hand to help, and we managed to clip a lead onto his collar and yank him out.

Comet’s absolutely fine – no side effects, no trauma.  But I can’t say the same about myself.

I have to force myself to take him along the river, and my nerves jangle at every moment.

So I’ve resolved to deal with my fear and plan what to do if it happened again.

First up, I need to stop skipping my gym sessions.  Will that happen?  Perhaps.

More realistically, I need to make a plan for what to do if he fell in again.

I’ve looked at the area the incident occurred, and about 3m along from the ladder is an inlet, which very quickly peters out into dried earth. Or if you stay in the main river, then again, another 3 metres along, the bank slopes down to the river and he could get out there.

On the day he fell in, I couldn’t think calmly.  But now I can, and what’s clear is that there are alternatives that would keep him safe if it happened again.

The same principle exists in the world of Health and Safety – something happens, hopefully nobody is hurt, but they could have been.

Rather than shrugging your shoulders and getting on with your day, that is the time to think about how you’d deal with it better next time, as well as trying to stop it happening ever again.

This is what a risk assessment is for. It is not bureaucracy gone mad.

Next time, if I stop to chat:

If you have staff who are not reporting accidents, and therefore the rest of the team can’t learn from it like I did with Comet, it is a potential gross misconduct situation, and you should call us immediately to get it sorted. 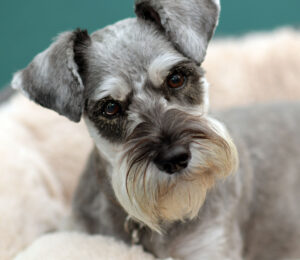