I was in London recently, to see Hamilton, which is my son’s favourite play/soundtrack at the moment.

He has listened to it hundreds of times and knows all the lyrics.

So, for his birthday, which was in June, I booked tickets for as soon as they were affordable, which was September.

Rather than rushing back down to Goring after the show, I decided we would stay overnight in the city and found a lovely hotel, Kimpton Fitzroy in Russell Square.

At some point in the booking process I obviously told them that we were coming to London for my son’s belated birthday present.

I say obviously because I had forgotten I had done so until we checked in on the Friday and the receptionist wished my son a belated “happy birthday”.

He looked shocked and then pleased and then a bit embarrassed (he is 15, after all).

The same happened again when we went into the bar in the hotel after the theatre and I told them which room to charge the drinks to – a belated happy birthday drink for him, on the house.

And at breakfast, which was even more impressive as I had told the greeter my room number but not the server.

I thought it was great, and a huge reason to stay at the hotel again.

Although he was chuffed to get all these belated birthday greetings, he also felt that it would be a good idea to extend the GDPR to cover chatty parents and protect teenagers from embarrassment!

And this is why we have the regulations, as most people are more like Christopher with their private information, rather than me, sharing with anyone who will listen!

What do you think?! 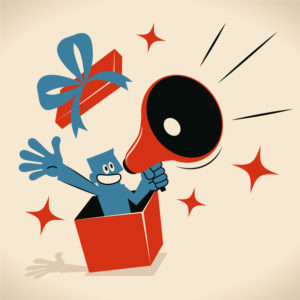