As you probably know, you’ve got a duty of care to provide a safe work place.

But in usual circumstances, the commute to work is another matter – you’ve got no legal obligation to provide a safe commute; it’s up to the employee to discern what’s safe and what’s not.

However, in the current climate, you may need to make “reasonable adjustments” if your employees are in one of the extremely clinically vulnerable groups and they’re concerned about their safety.

The phrase “reasonable adjustments” can mean a whole load of different things, but what it doesn’t mean is allowing an employee not to drive to work in his company car because it doesn’t have air conditioning and it’s “too hot”!

You’ve probably guessed that I haven’t plucked that example out of thin air.

This particular employee had resigned, and inadvertently given one months’ notice when his contract meant he only needed to give a week.

He was probably hoping to be put on gardening leave, but as it turns out, there was plenty for him to do, and initially it was agreed that he could work his notice from home.

But – as you might expect – the output from home wasn’t exactly stellar, and when this was raised with him he pointed out that we had no means of being able to judge whether he’s working or not.

Once again he’d shot himself in the foot – his point was a sound one, so we requested he came into the office so his output could be monitored.

That’s when he played the dangerous card, suggesting that asking him to drive to the office in hot weather without air conditioning was tantamount to asking him drive without a seatbelt and text on the phone at the same time.

When we pointed out a couple of holes in that particular argument, he refused to work the remainder of his notice period.

At this time of uncertainty you would have thought that people would want to hold onto their jobs for as long as possible.

This just shows that the old adage is true: There’s nowt so queer as folk! 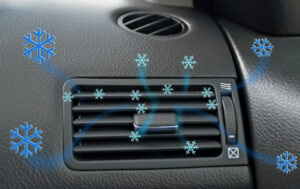