Just before Christmas I read about a small employer trying to save money.

Nothing wrong with that, but only if you’re sensible about it.

Instead, they’ve ended up in tribunal after telling a pregnant employee that it was the company’s policy “not to pay statutory maternity pay (SMP)” under any circumstances.

Supposedly, they were going to help her to apply for maternity allowance directly from the government.

However, as the tribunal pointed out, where an employee meets the criteria for SMP an employer MUST pay her at least the current statutory rate; it can’t ever avoid this legal responsibility.

More to the point, they were giving away free money.

Small business owners often tell me that they don’t want to employ staff of childbearing age as they’ll have to pay maternity pay as well as for a temp to cover the position.

They are always amazed when I advise them that they will be able to claim back any maternity pay from the government at 103%. The government pays YOU for being THEIR paymaster.

Given that this is pay that you have to pay anyway, getting something back from the government is surely worth doing and means you avoid the £20,000 costs of a tribunal!

If you need any of this clarifying, just drop me a note and we’ll talk it through. 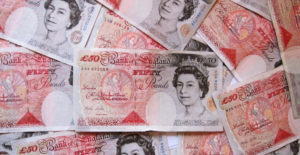