It is a real shame that ACAS is falling down in its main job: supporting people who have been unfairly treated by their employers.

We’ve always had a lot of contact on our clients’ behalf with ACAS at the Early Conciliation level (the month before they start an official tribunal).

Their conciliators have always only been a messenger, without legal power and no jurisdiction to decide who is “right”.

Generally they have been very realistic and informed and helpful in the process.

But that was before Coronavirus.

In the past two months, we’ve had to deal with two nightmare “conciliators” who had no idea about the law or how to do their job.

The first one felt that it was unfair (!) that an employee had been fired after 4 months service without following a full disciplinary process.

As you probably know, under 2 years there is no protection from unfair dismissal for employees. And we have in our contracts and handbook that we will not be using the disciplinary process on staff under 2 years.

But the ACAS conciliator had not heard of it, telling me bluntly, “You are not allowed to do that!”.

I advised her to check her facts. Making value judgements in that sort of position, with no legal basis whatsoever, truly is shocking, not least because most employers would not have the legal background to know that the conciliator was talking out of their proverbial.

And then an even worse one cropped up.

We were advising an employee who had been made redundant from a big steel company after 20 years’ service.

She’d gone through the first redundancy process in April last year. She’d applied for the remaining jobs on offer but been told by her line manager (very unprofessionally), that she shouldn’t apply because her job was safe.

Which it was, at that point, so she withdrew her application

The second redundancy process ended in October last year. This time she was made redundant and then realised afterwards, from talking to her colleagues still at work, that the process had been a sham.

So she started Early Conciliation.

Bearing in mind that very few employees are in a good place when they start this process, the conciliator she spoke to was rude and professionally negligent, and from this moment forward I will refer to them as [insert expletive of your choice].

Claire said that she had not been offered all the jobs available in the process and the [insert expletive of your choice] conciliator said that the company did not need to do that.

Instead, it was apparently Claire’s responsibility to look on the company website to see what jobs were being advertised, and then apply for them.

The company said that they did not need to offer her all the positions anyway because she had withdrawn from the first redundancy process (after her manager told her to) so she obviously wasn’t interested in anything they had to offer in the second process.

Claire was asked by the [insert expletive of your choice] conciliator what she would like as an outcome.

The penalty for unfair dismissal is a year’s pay plus a 25% uplift. So that is what she asked for.

Then came the worst value judgement statement I have ever heard from an ACAS conciliator:

“Oh you will never get that. 2 or 3 months at the most. You do know that it is not the employer’s job to pay your bills while you sit at home and drink coffee and watch TV, don’t you?”!

Leaving aside that that is exactly what a sizable proportion of the working population is doing under furlough, the statement is ABSOLUTELY legally wrong and unprofessional.

Claire was in tears when she spoke to me about it. She’d been made to feel that she had no hope, that she was being over-emotional, demanding and wasting ACAS’ time.

I reassured her that she did have a case, that the conciliator was a [insert expletive of your choice], and that the next step was a full tribunal claim.

My theory on these behaviours?

ACAS is supposed to be neutral and fact based.

Unfortunately, it seems that their professionalism is another casualty of the pandemic.

If you get an Early Conciliation claim, call us so that you cannot be treated as horrendously in your dealings with ACAS. 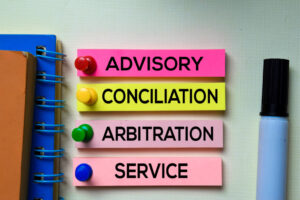