She was in our (very messy) garage with our miniature schnauzer Comet, and it scuttled right in front of them.

Comet successfully ignored generations of breeding and let the rat go, choosing to focus on a manky tennis ball instead.

Luckily, one of our clients specialises in pest extermination, so – after witnessing Comet’s failure – we called out Vermatech and they arrived the next day.

Three weeks later the rats were gone, and we were under no illusions about how they’d got into the garage – the old wooden door frame, which clearly needed replacing without delay.

I contacted three companies – two from Checkatrade, and one via recommendation.

All three came round.  All were likeable, knowledgeable, could provide what I wanted – a grey anthracite roller door – and could do it for about the same price and in the same time frame.

I was dreading getting the quotes and having to make a choice because they were all so similar – how was I going to make the choice?!

I needn’t have worried, as once I started going through the quotes, the choice became rather more obvious.

The first one was out because although the price for the installation was the same as the others, I could only have a warranty if I paid for annual servicing at £50/year. To get the same warranty as the company I finally chose, I would have had to paid an extra £300!

The second was even worse. There were no details on the quote, just an invoice.

Nothing to check that he had understood the brief. No delivery details. And most importantly, no details about a warranty.

I tried to give him the benefit of the doubt. After all, it must be plastered all over his website, so he doesn’t need to put it in his quote.

After five minutes of searching on his website I stopped being so optimistic.

The third one was just right.

All the details in the brief were written down in black and white. Details of the warranty were enclosed, and it wasn’t going to cost me an additional fee.

Oh, and it was actually £50 cheaper than the others! All in all, a very easy decision for me to make.

This company didn’t win because they were head and shoulders ahead of the competition, on price, skill or service.

They won because they provided all of the right information, and were transparent about their fees.

Are you missing out on business from prospective clients by not giving them the information they need to make a decision?

Are you assuming that the potential client remembers everything you told them in a conversation, like garage guy number 2, and therefore you don’t need to write it down at all?

Take a second to consider your customer journey, and make sure you’re providing all the right information, at all the right points, and you’ll secure more customers, without changing your pricing or your proposition.

I am now off to picture my lovely new rat safe garage door in place! 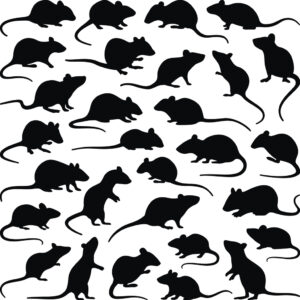