I was talking to a greenkeeper the other day, and he was probing me about human resources-related stuff (occupational hazard!).

One of the things he was keen to know was whether there was a legal requirement for an employer to have a handbook that they gave to their staff.

I asked him why he was so interested, and I was pretty surprised by his answer:

“Because I was given my contract, which refers to the handbook a lot. So I asked the Club Manager for a copy of this handbook. He said I should think of it like a magical handbook.”

As you can imagine, I was a little bit confused by this, so he elaborated…

Apparently the Club Manager had told him that the handbook was like a unicorn: everyone knows what it is, but no one has ever seen it in real life!

Now there are a couple of problems with this:

It is just not on for golf clubs to try and pull a fast one, or in this case, a magical one, over their employees, and I’ve actually been in conversations recently with BIGGA about running some seminars for greenkeepers to help them understand their employment rights a little better.

Have you got a ‘magical handbook’? Best magic one into reality if you have… 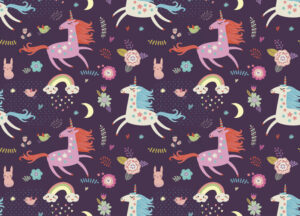