One of my friends got a new job the other day.

She’s been unemployed since being made redundant last summer and jumped at the chance to do some casual work that used her admin skills.

As you’d expect, I had my HR hat on, asking about her contract, sick pay and holiday and all that jazz.

“Oh no, I don’t get any of that stuff because I’m a zero hours worker”.

I pointed out that however wonderful her new employer was, they were also operating illegally and not paying her what she was owed.

I offered to read the contract to check what else they had got wrong.

But pretty much everything else was rubbish:

And then of course there are all the other clauses that they didn’t put in at all.

She doesn’t want to rock the boat and fears being fired if she points out these mistakes.

Our plan is that when her contract comes to an end, she then asks for what she is entitled to, and if they refuse, that we start an Early Conciliation claim.

She will get the money, because it is a non-contestable case:

Did you pay holiday pay? No? Then it has to be paid. No discussion. Staff cannot sign away their rights, and there are NO workers who are not entitled to it.

Cue the classic whine from bad employers as a defence:

“If we pay them what they are legally owed, then our business model doesn’t work! We won’t have enough profit to pay ourselves dividends.”

If you have zero hours workers and think that they don’t get any of these statutory entitlements, then you need to sort yourselves out before you get an Early Conciliation claim from ACAS.

Which you will have to pay. 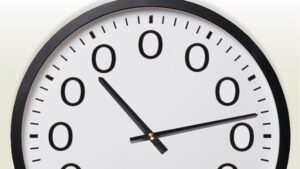